Why do we yawn a creation and thrill a destruction?

I have no idea, but destruction is my favorite part of a renovation! The process of wiping the slate clean and starting fresh is extrelely rewarding.  That, and hitting walls with a sledgehammer is a great way to relieve stress!

Demo is largely complete at the Century House and we’ve begun to put it back together, but I’m a little behind on the blog so let me catch you guys up! 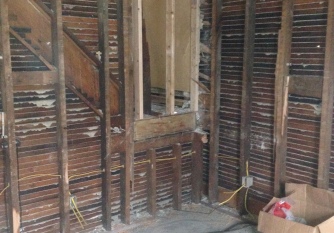 Demo’d butler stairwell in the kitchen and closed off access. Increased size of the kitchen dramatically! 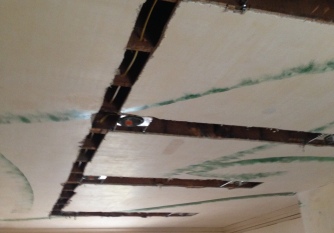 New can lighting being installed in the living room. We removed numerous sconces throughout the room in favor of overhead lighting. 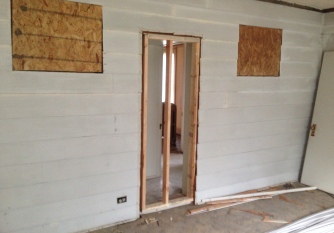 This used to be a four seasons room which was enclosed at a later date, but some of the exterior aspects remained. We removed / closed off some of the windows and framed over a door which was an awkward second entry to the first floor bath. 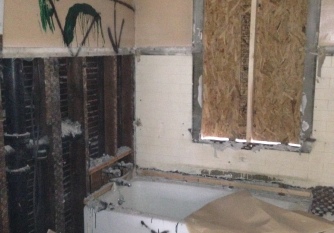 Master bathroom. Drywall removed in preparation for new plumbing. Window over tub closed so we can have a full wall of tile!

Kid’s bathroom. Drywall removed in preparation for new plumbing. Window over tub closed so we can have a full wall of tile! The cast iron tub is almost 350 pounds!

We love houses. So much, we made a business out of it.