We’re officially on day 6 of construction at the Century House.  So far, our HVAC contractor has been removing the existing radiators and associated plumbing in preparation for a whole-house forced air system.  Our general trades will begin demo of the kitchen, bathrooms and a few walls on the second floor this week.  We’re beyond excited to be in the full throws of rehab.

I stopped by the house earlier this week to take a few “before” interior photos.  Below is a quick photo tour of what will, in 3-4 months, be a beautifully restored home in  a storied neighborhood.

Note: The home was vacant for two years and was broken into by some punk kids, who decided to add a little bit of their own vulgar graffiti.

Butler stairwell and butler’s pantry off the kitchen. Both will be demo’d to increase the size of the kitchen by 40%.

Kitchen – cabinets and soffit to be demo’d this week. Increased square footage will allow for a center island.

Looking down from the stairwell to the front entry. To the left, the living room. To the right, the dining room. 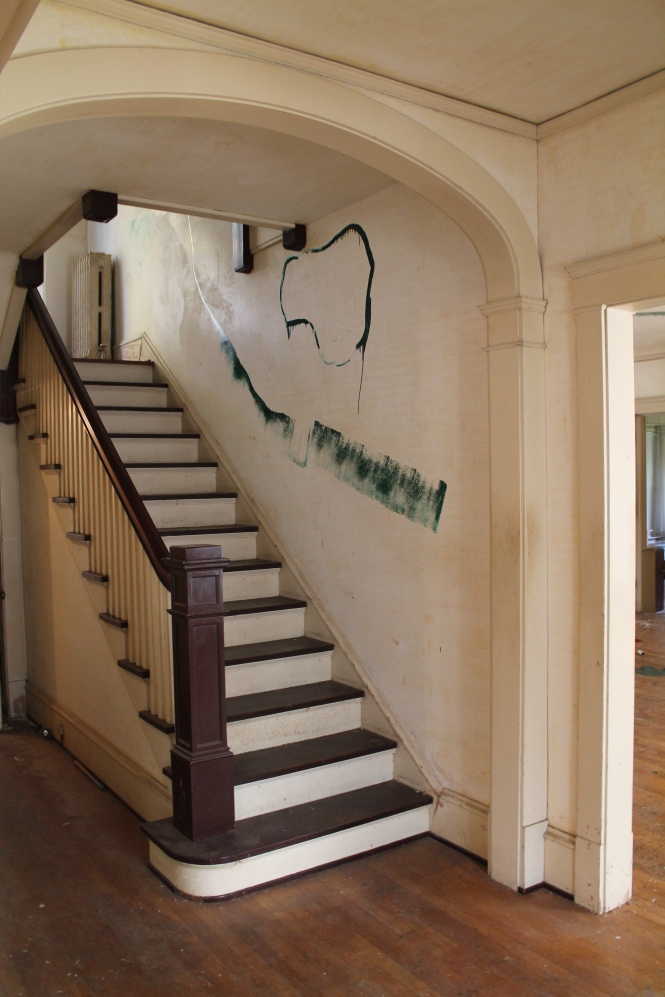 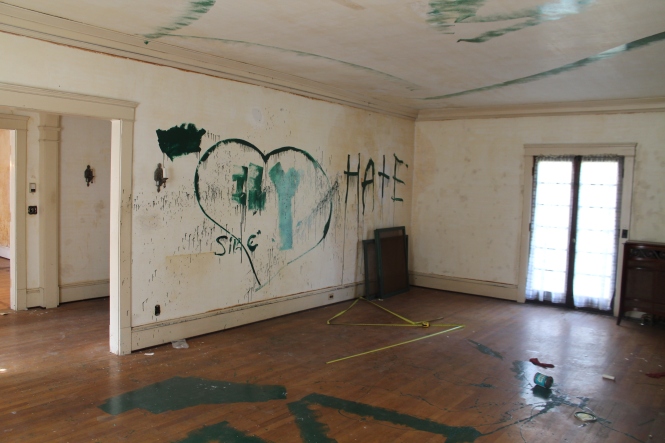 The hardware in the home is tremendous!

Third floor. Will make for an amazing rec room.

We love houses. So much, we made a business out of it.